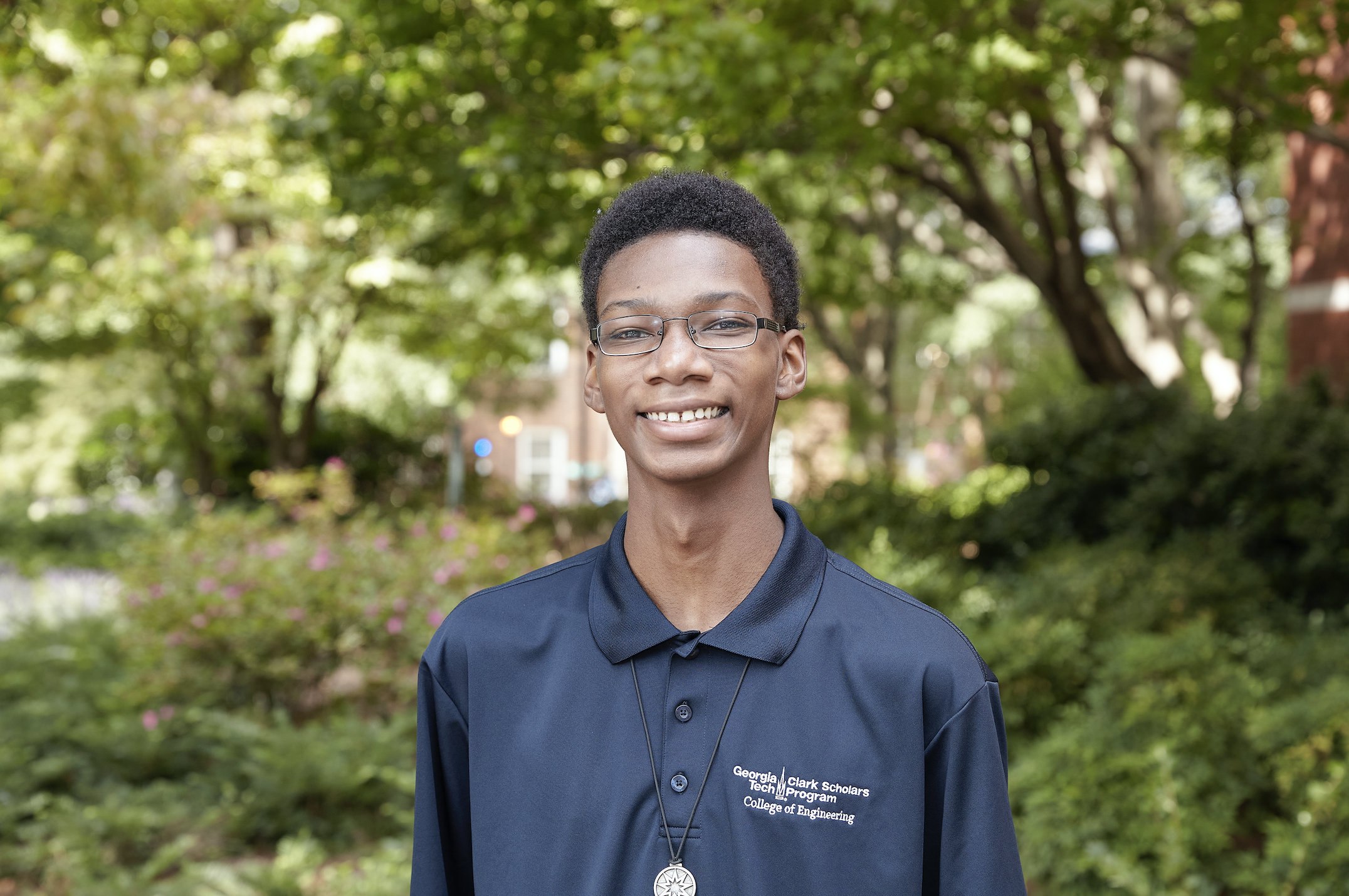 "I like Star Wars because it's got The Force, but I also like Star Trek," says the good-natured, 18 year-old Lawrenceville native. "They both have always made aerospace seem interesting and exciting. And that drew me to the field when I was younger."

The movie that most captures his dreams these days is Hidden Figures.

"In Hidden Figures you see these strong African American women working at NASA to achieve their goals during Jim Crow. You can't help but be inspired," he said. "It's also great because you get to see people working to achieve space flight."

That sounds an awful lot like what Bell wants to do, and he's got a plan to do it. At Tech, he will focus on strengthening and building upon his natural talents in mathematics and the sciences.

"Growing up, I realized that I picked up math pretty quickly, easily, and that I could even teach others," he said. "My first job was as a tutor at Mathnasium. I've just tried to follow where my strengths lead me."

Bell also knows how to make the most of circumstances. As a high school freshman, he joined his school’s robotics club, thinking it would give him a leg-up in his bid to become an engineer.

“But the advisor for the club was also the softball coach, so he wasn’t around to teach us much during the year,” Bell recalls.

“I mean the seniors in the club were nice, but they didn’t have the skills to teach the freshmen how to make a robot work, and that’s why I joined. So, I ended up joining my school’s debate club instead, which was great, because I’ve always liked making arguments about interesting subjects.”

Those skills will come in handy, he figures, when he is called to make presentations before his professors or employers.

“You have to know how to present yourself logically, calmly, professionally,” he said.

Since coming to Tech in August, Bell has picked up new tutoring jobs and has also gotten involved with Lambda Delta Rho, the freshman leadership component of the Georgia Tech Society of Black Engineers. His long-term goals include a master’s degree and most likely a doctorate, he says, but they will definitely include a career in spacecraft design.

“I’ve actually got a little bit of a fear of heights, so I’m thinking more about designing than actually flying,” he said with a laugh. “That could change, but I’m fine sticking with design.”

The courses he chose to take for his first semester are a testament to how serious he is about attaining that goal: Computer Science 1371, Applied Physiology 1040, Multivariant Calculus 2551, and English 1102.

"Next semester, I might take chemistry, but I might put it off just to make sure I can do well," he said. "I want to keep my grades up."

While many of his classmates are new to the world of virtual learning, Bell says it harkens back to his childhood when he used distance learning tools as a part of his home-schooling curriculum.

"As a kid, I was used to getting material to learn on my own and then sending it to a tutor to be checked," he said. "That's made this semester a little easier, I guess."

Looking ahead, Bell is cautious but also confident. He’s learned that hard work pays off and knows an aerospace engineering degree at Tech will require all the effort he can give it. The key, now, is pacing.

“I’m going to concentrate on absorbing as much knowledge as I can from classes, and when I’m ready, I’m going to go out for internships and maybe a co-op,” he said. “Nothing will top getting an internship at NASA or a private company, like SpaceX. My job now is to prepare myself for that chance when it comes along.”